Posted on December 13, 2010 by fullbodytransplant 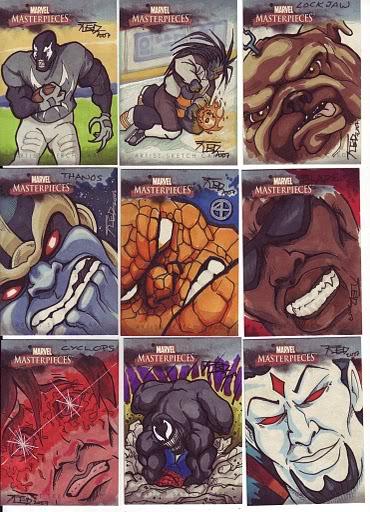 In October 2007, the world changed.  Upper Deck released a reboot of the Marvel Masterpieces trading card franchise.  Mark Irwin was the Art Director and he rounded up tens of thousands of original art sketch cards to be randomly inserted into the packs.

Kate “Red” Bradley was one of the artists included, and she hit a grand slam hat trick epiphany of exquisite superheroic joy that may never be equalled.  Today we will showcase one of the most purely creative portfolios ever seen.  And yes, your eyes are not deceiving you.  That is a Marvel hockey card featuring Blackheart pummeling Ghost Rider into the ice. 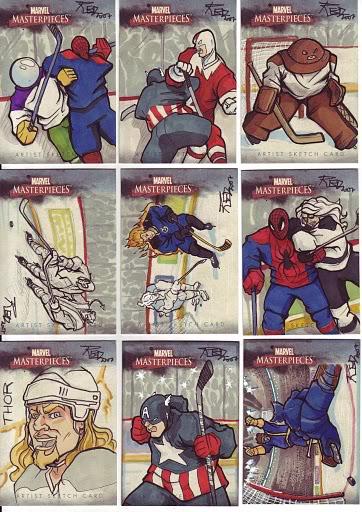 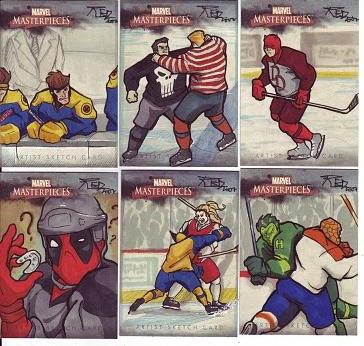 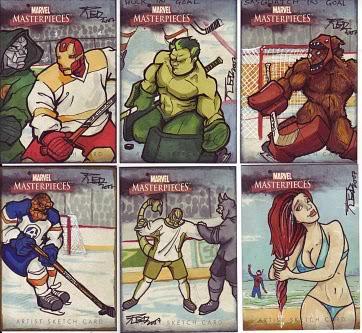 This excruciatingly cool concept was not the only one that Kate concocted for the inaugural treasure hunt in Marvel Masterpieces.  She also dropped a bombshell series of killer cardboard statues. 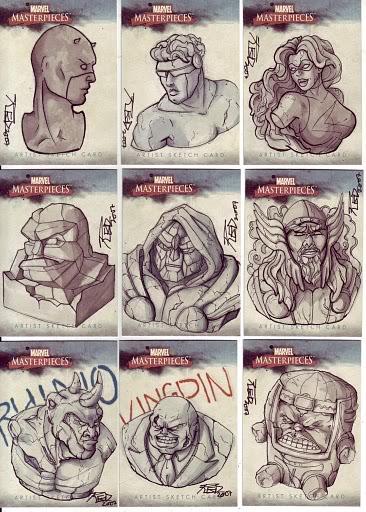 Not to be outdone by her own ingenuity, Kate “Red” Bradley finishes today by blowing the last bits of brain behind our eyes with a few straight shots from the heart.  It is perhaps the most glorious grouping of miniature Marvel myths in history. 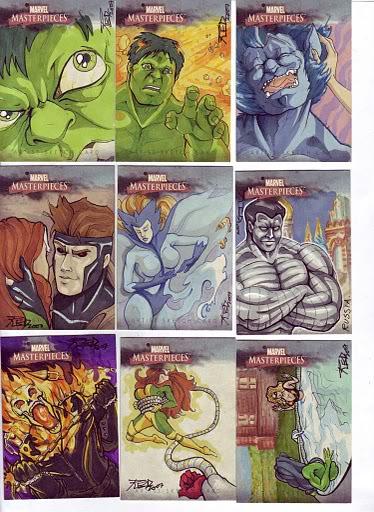 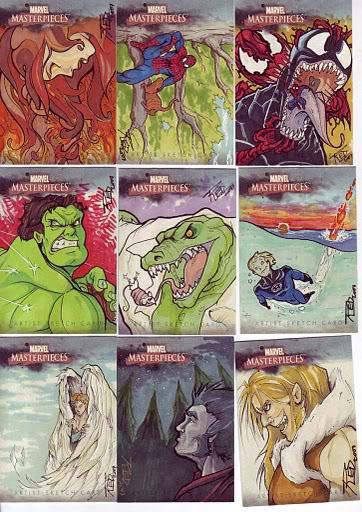