Richard Pace Takes Marvel Back To The Beginnings.

Posted on March 8, 2011 by fullbodytransplant 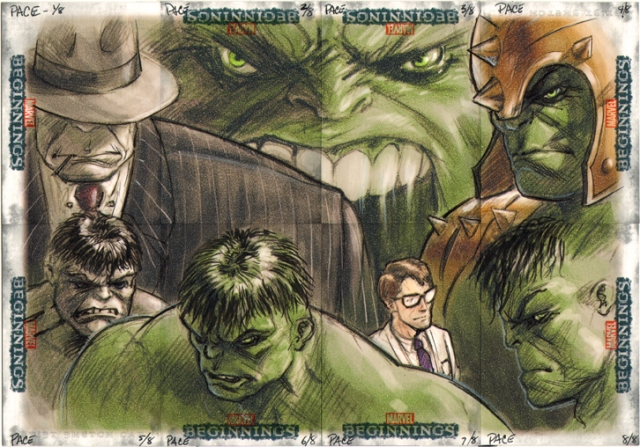 There are many faces of Hulk, and Richard Pace has captured them intensely in that eight card puzzle.  This original art masterpiece will be inserted randomly to the foil wrapped packs of Upper Deck’s Marvel Beginnings set.  One lucky collector will swell to gigantic proportions when it is discovered.

Speaking of Upper Deck, they are giving away quite a few of their miniature masterpieces on the Upper Deck Entertainment Facebook page.  Simply become a fan and post when they put out the call.  Last week they gave away a Cat Staggs card worth well over $100.  The next winner could be you!

Now, back to the beauty of Richard Pace and Marvel Beginnings.  These cards are amazingly accomplished.  They took the theme of old school superhero mythology and nailed it.  It will be excruciating bliss waiting four more weeks until the set is released, but in the meantime we can bathe in the glory together here in the Saloon.  Thanks Richard, the quality of this stuff is HUGE. 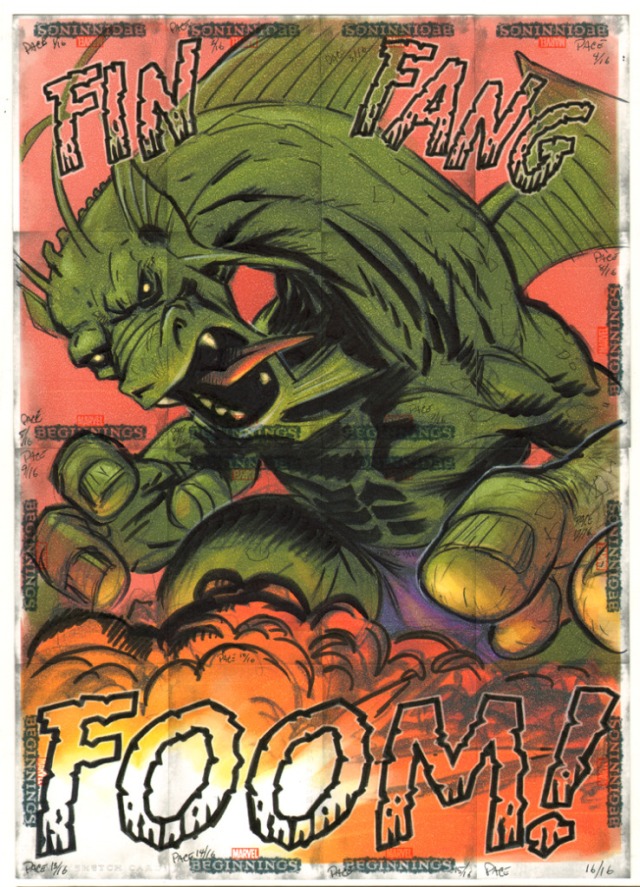 8 Responses to Richard Pace Takes Marvel Back To The Beginnings.