Posted on March 24, 2011 by fullbodytransplant 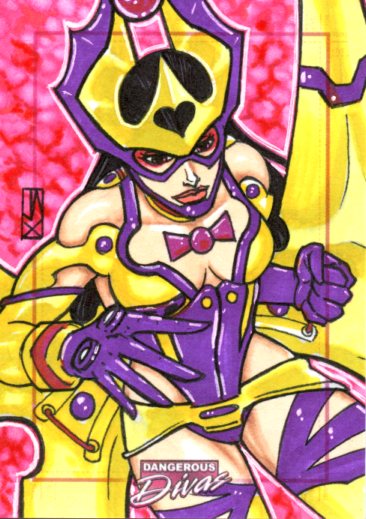 That is an official Marvel Comics card, approved by the home offices. It was created by John Jackman, inserted into a random foil package of Dangerous Divas, and sent out into the world. But wait. Who is the character?

One of the most enchanting aspects of this new set by Rittenhouse Archives makes it a mystery story. It allows the sketch artists to interpret any character in the Marvel Universe in female form. Quite a few distaff versions of traditionally male superhero stallions have been released and it is a hoot to try to identify them. The following cards are by John Jackman, Mauro Fodra, and Kristin Allen.

Can you figure out who they are? 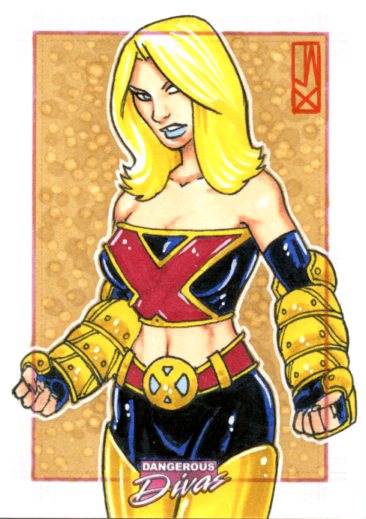 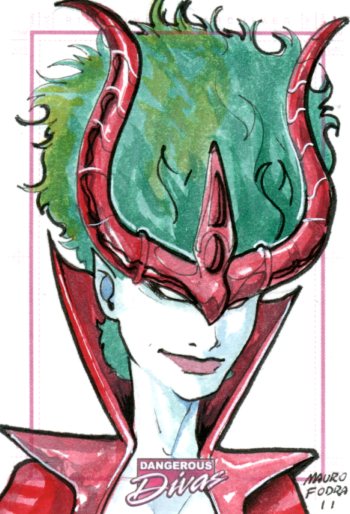 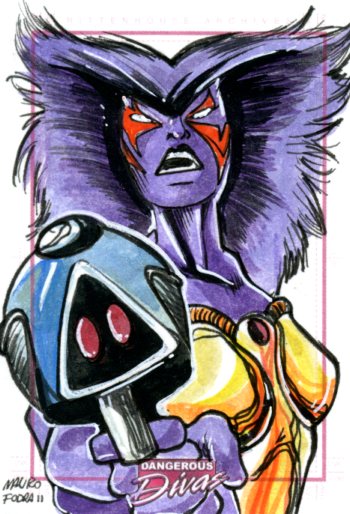 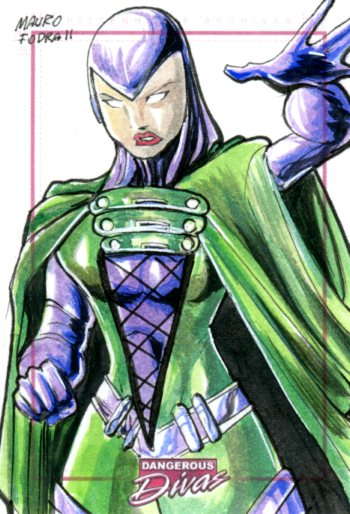 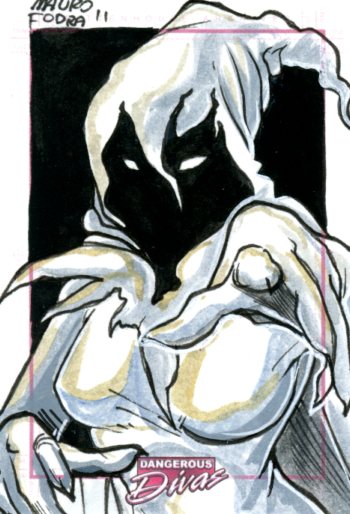 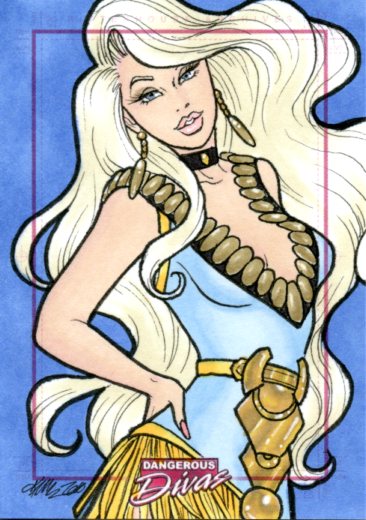