Thursday Thirteen: Shuma vs. Thanos in The Video Game That Changed My Life.

Posted on April 7, 2011 by fullbodytransplant

Oh, how I love that game.  The year was 1997.  Shuma-Gorath was introduced to the wider world.  The rest is history. 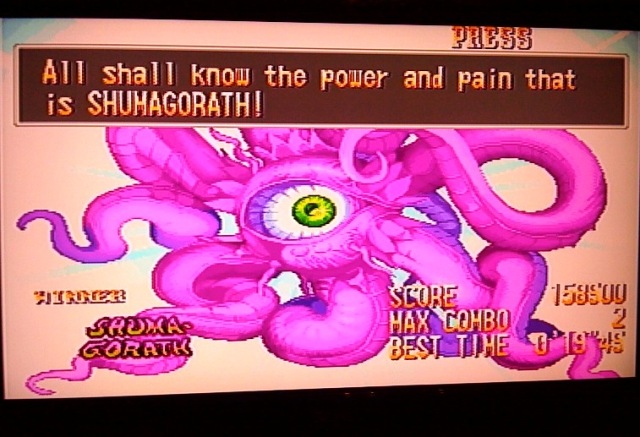 I love tentacles almost as much as I love pop culture.  Having two great tastes at my command with the touch of a button?  Bliss. 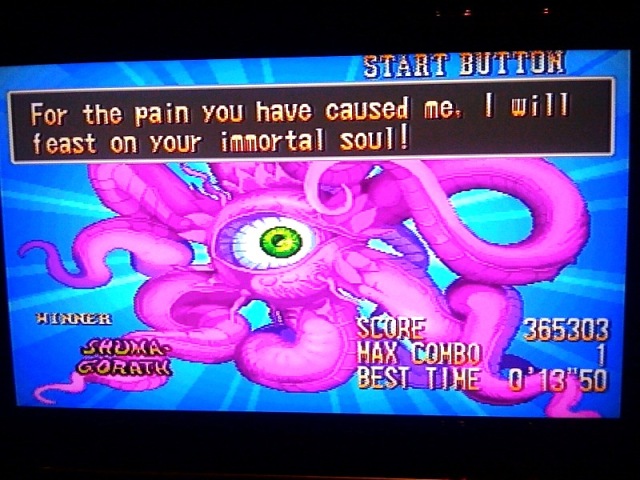 I was willing to risk my immortal soul for the pure pleasure packed inside my Playstation.  I entered Shuma-Gorath’s Chaos Dimension like a steaming summer kid jumping into a cool blue pool. 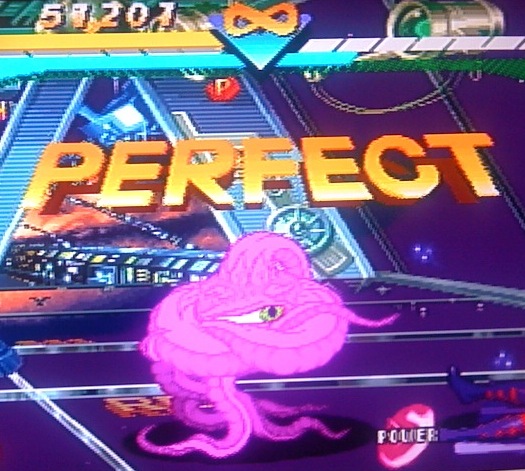 It was perfect.  Video games always make me feel like a god, controlling my minions with glee.  This time the world I was grooving on actually included Thanos.  It doesn’t get any better than that.

Thanos.  Purple and gold and pure power.  Capcom made his ear horns a bit too pointy, but that is a small quibble.  Just having him inside my television filled me with infinite joy. 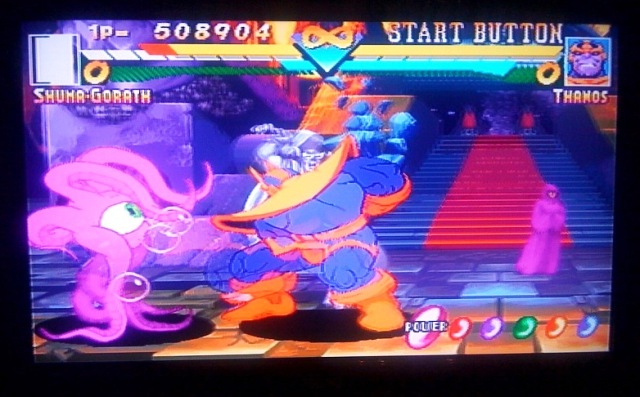 Thanos is the final boss in the game.  When he beats you, he unveils something that the Marvel Universe had never seen before.

Oh man, that is cool.  Almost as cool as the ending screens when Thanos is finally beaten by a bunch of pink tentacles surrounding a big green eye. 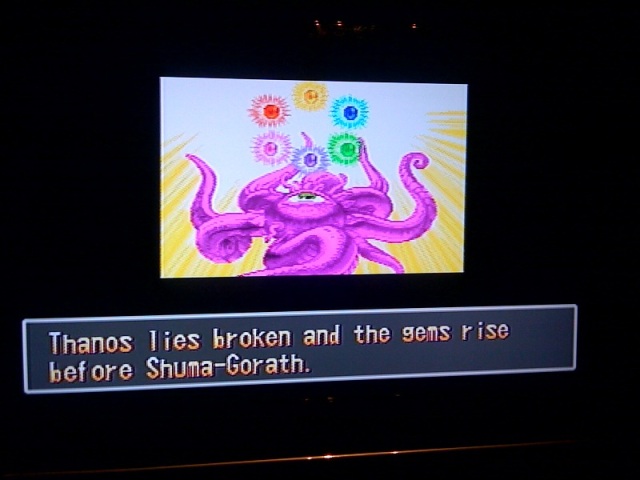 It gets better, as video game endings often do.

The very fabric of reality is his to play with.  Story of my life.

He is the beginning and the end, but I am not finished yet.  See, Shuma’s special move consists of the act of turning himself into a giant bubble and surrounding his opponent with the craziness of the Chaos Dimension.  And that, my friends, is that.  The coolest move in video game history.

Shuma and Thanos have both gone on to become superstars of pop culture, through multiple sequels to the Marvel Super Heroes game and the Super Hero Squad television show.  They are in place to own the world. 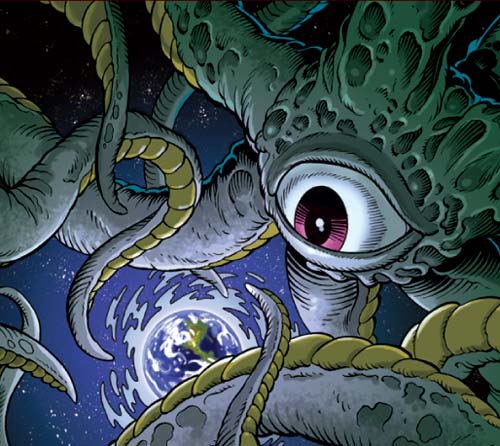 Thanks for joining me today for my first Thursday Thirteen in a while.  As you can see, aside from today’s trip down memory lane, this blog is all about the sketch cards.  Therefore, our finale will feature a fabulous Thanos by Brandon Kenney.  Get yourself a copy of the 1997 Marvel Super Heroes game if you ever get a chance, and… 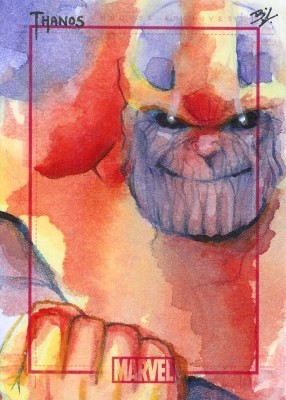