Floating Our Boat With Dazzler.

Posted on November 4, 2011 by fullbodytransplant

The sketch card hobby never ceases to amaze me.  We just completed a trade that is sending this smoking hot Dazzler to Miami to join our collection.  Every time I look at that card, I love it even more.  Charles Hall created a titanic tiny oil painting that floats my boat higher and higher with each glance.  Very exciting times.

Dazzler’s blue costume was not part of her original design.  It took 38 issues of her solo title before Marvel Comics decided to give her an upgrade in 1985.  The result was spectacular, and it enflamed the desire of the Beyonder.  He even shared his omnipotent power with her in an attempt to experience human love.  The resulting two panels, from Secret Wars II #4, may be the best thing ever seen in a comic book. 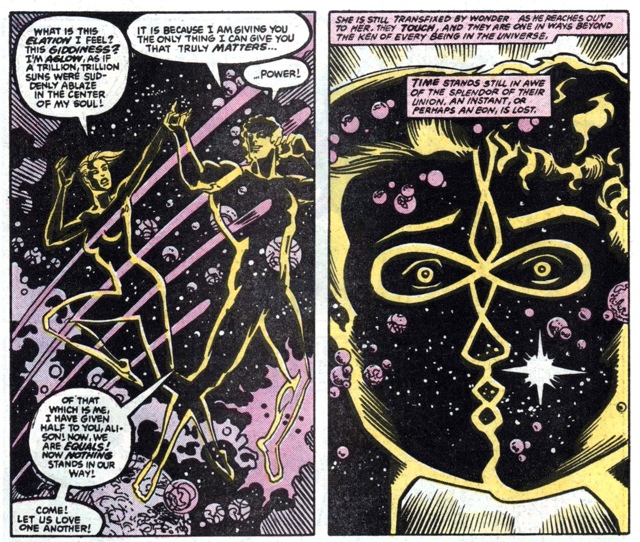 Dazzler’s blue suit also landed on the cover of Uncanny X-Men #218, which has been widely lauded as one of Art Adams’ finest works. It simply does not get any better than this. 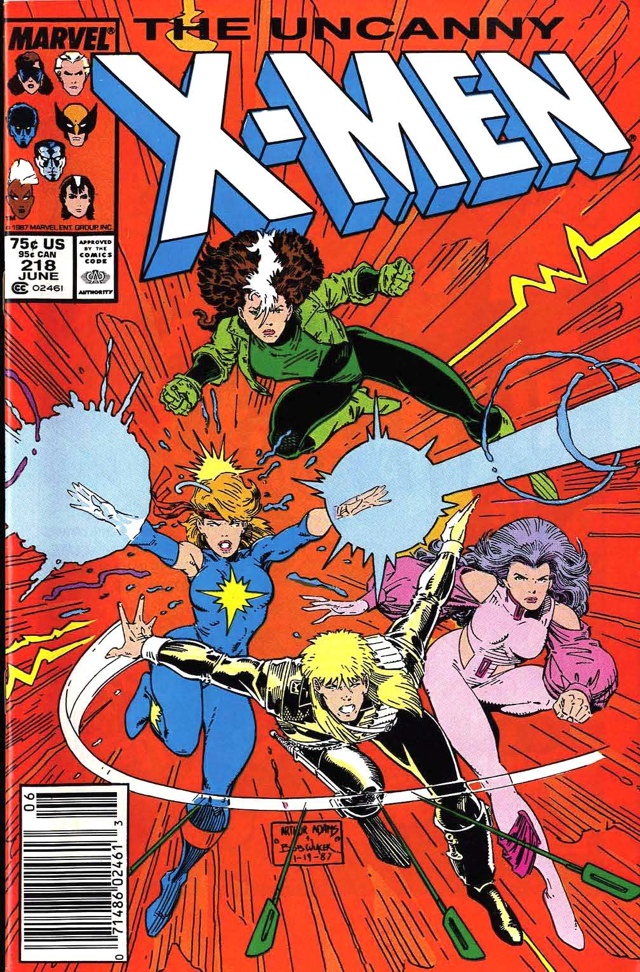 Now, if you will excuse me, I need to get back to the top of this post and gaze longingly at the Charles Hall painting for a little while longer. I still can’t believe how much pure desire can be packed into such a small space. As I depart, I will leave you with an exclamation point on Dazzler’s blue costume by Katie Cook. My boat is floating away! 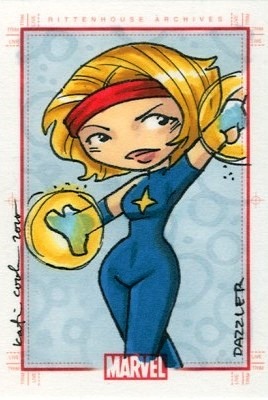 2 Responses to Floating Our Boat With Dazzler.