Posted on February 9, 2012 by fullbodytransplant

That is zombie Namor taking a bite out of crime. Zombie Tiger Shark didn’t stand a chance. The wicked undead detailed intensity of that scene was somehow captured for eternity on a three-inch trading card by the singular talents of the man known as Nar. It changed the world. 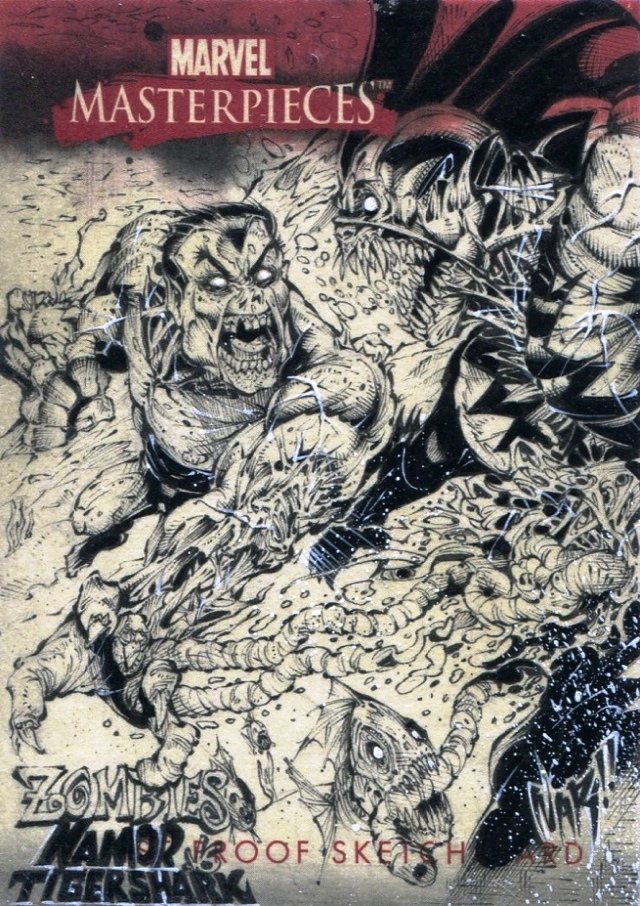 When Upper Deck unleashed these original art miniature treasures on the world with their first Marvel Masterpieces set in 2008, the zombies were mad popular. In an attempt to make sure the virus did not spread beyond their control, the Marvel Comics offices decided to outlaw them in every future set. There are no more officially approved Marvel Zombies sketch cards being produced. They are forbidden.

Luckily, this ban does not extend to the comic books. In fact, Carlo Soriano was given the green light to create a Zombie Squirrel Girl in a recent issue. Glowing red eyes with a big bushy tail? Heaven on Earth.

Carlo Soriano also created one of the most impressive sketch card portfolios of all time in 2009 within Upper Deck’s Marvel Masterpieces 2 set. No zombies, no problem. These are some of the most beautiful cards ever seen.

They make me happy to be alive. 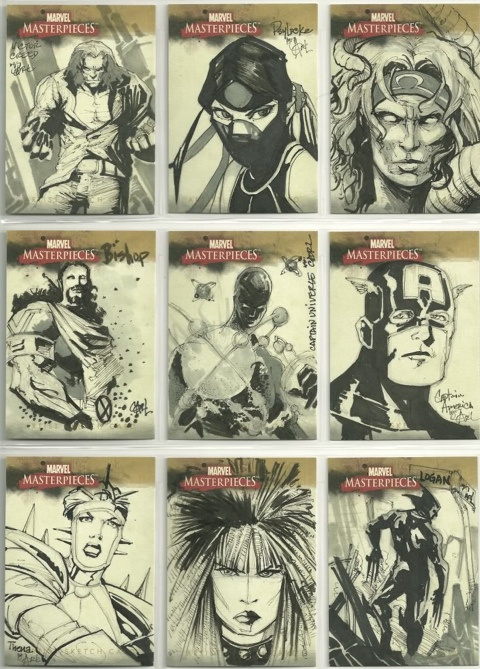