Posted on October 29, 2012 by fullbodytransplant

With two more days until Halloween, we need to get this out before we burst.  Two of the most fascinating females in the entire Marvel Universe have been thrust together for eternity by the madman genius known as Fred Van Lente.  The story was drawn by the amazing Alessandro Vitti.  Doreen Green joins forces with Karolina Dean in Marvel Zombies Halloween. Squirrel Girl teams up with Lucy in the Sky.  The world will never be the same.

Both of these fabulous modern myths had cards in Upper Deck’s Vs. System trading card game, so I know them like the back of my hand.  Squirrel Girl is a happy-go-lucky mutant with the ability to talk to local tree rodents.  She is the most powerful force in the Marvel Universe and she has never been defeated.  Karolina Dean is a lesbian vegan alien from another planet who can split powerful forces into the colors of the rainbow.  She is like totally emo and once she let a vampire bite her because she couldn’t bear the thought of living another day.  Strange combo, eh?

Fred Van Lente is the only Marvel writer kooky enought to put these two together, and boy are we happy.  This may be the best single comic book ever printed in the history of paper.  Get your copy today before they are all gobbled up.  You’ll be glad you did. 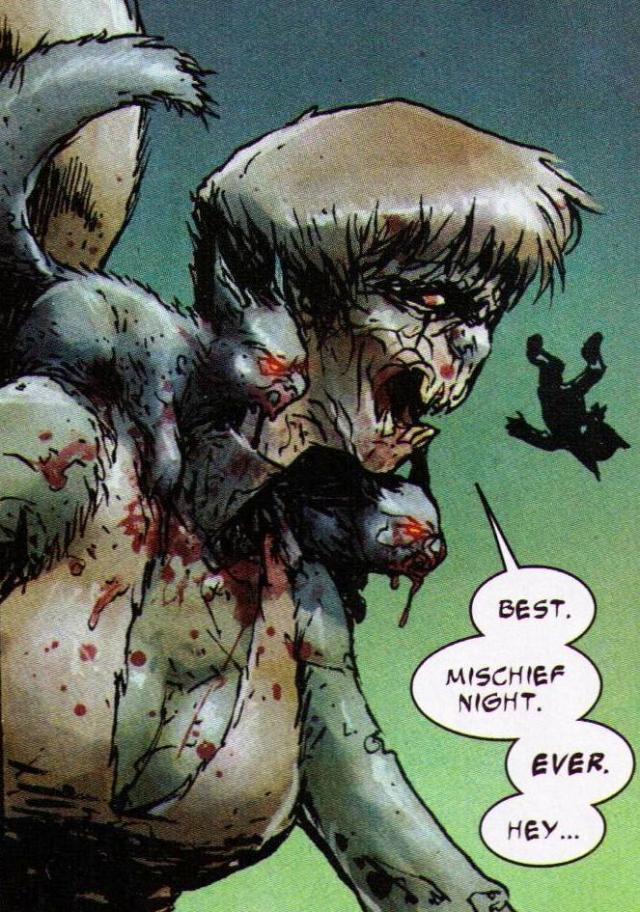 1 Response to Squirrel Girl and Karolina Dean Team Up for Marvel Zombies Halloween.